The graphic identity and the visual identity were created during several courses of Artistic Expression during my 2nd semester of DUT MMI.

Our goal was to make a complete visual identity for a fictitious company. This document had to be presented in a professional manner and had to include all the rules for using the logo and its different variations. It also had to be incorporated on a number of objects (stationery, service vehicle, business cards, etc.).

I chose to create the visual identity of an airline that I named "Air Liberté". Freedom is symbolized by a dove that I represented as an origami. This origami pattern is reused on different supports like the aircraft's tail.

The blue of the freedom is used with the orange(complementary color of blue thus creating a harmony of contrast). The orange also helps to symbolize the dynamism of the airline.

This project earned me the highest grade in my graduating class. 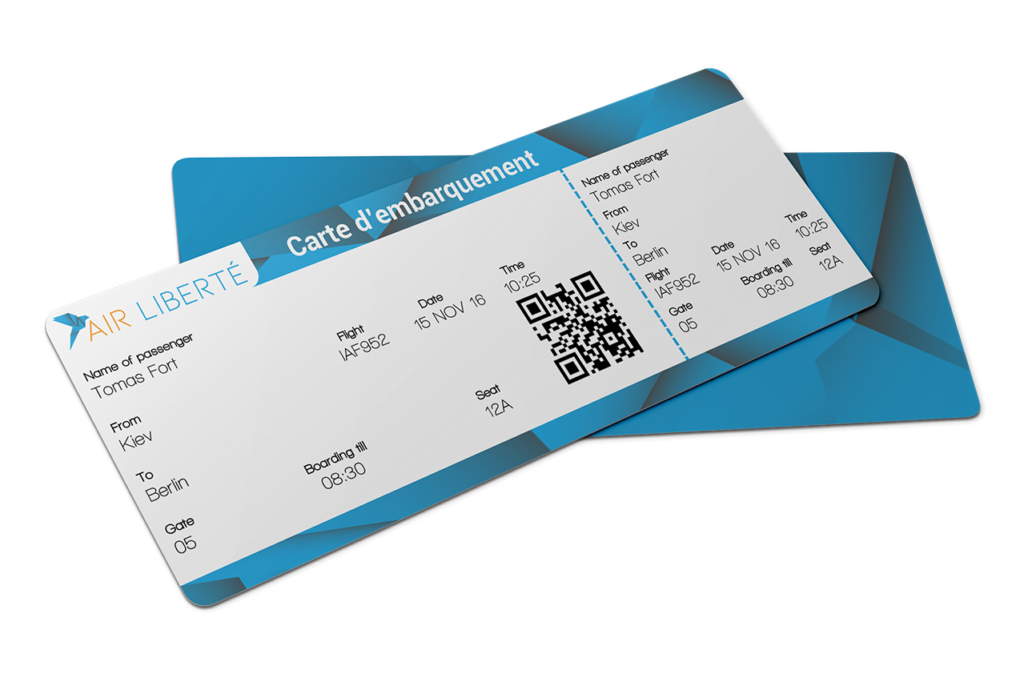