Imac Wars 2 is a strategy turn-based game during which two players (or one player and the computer) compete with the common goal of destroying the opponent’s entire army!

To do so, each player will have to constitute his army with units (tank, bazooka, and soldier). Obviously, the units have different properties (firing range, movement range, hp, etc) and a higher or lower cost. It is therefore important for players to build their army strategically while managing their war fund intelligently.

It is also possible to earn money during the game, in fact, a destroyed unit leaves behind a chest containing $1,000 that any player can recover.

During each round, the player will be able to make a purchase (if desired) and an action (move to another square or attack an enemy unit). The game ends when a player has destroyed all the opponent’s units: he is then declared the winner.

This project required a lot of hard work and support in my group. Indeed, it was our first video game offering a graphic interface (in OpenGL) which required us to do some research on the subject.

Our biggest challenge was undoubtedly developing a small artificial intelligence that allowed the user to play against the computer. It had to behave in a way that made sense: it had to look to see if one of its units was within range of an opposing unit, attack it if it was, and think about buying back weapons when it had the chance. We succeeded, in fact it was not uncommon to lose a game against the computer!

Although the game still has room for improvement, we are quite proud that we were able to make afunctional game that met the expectations of our teachers. 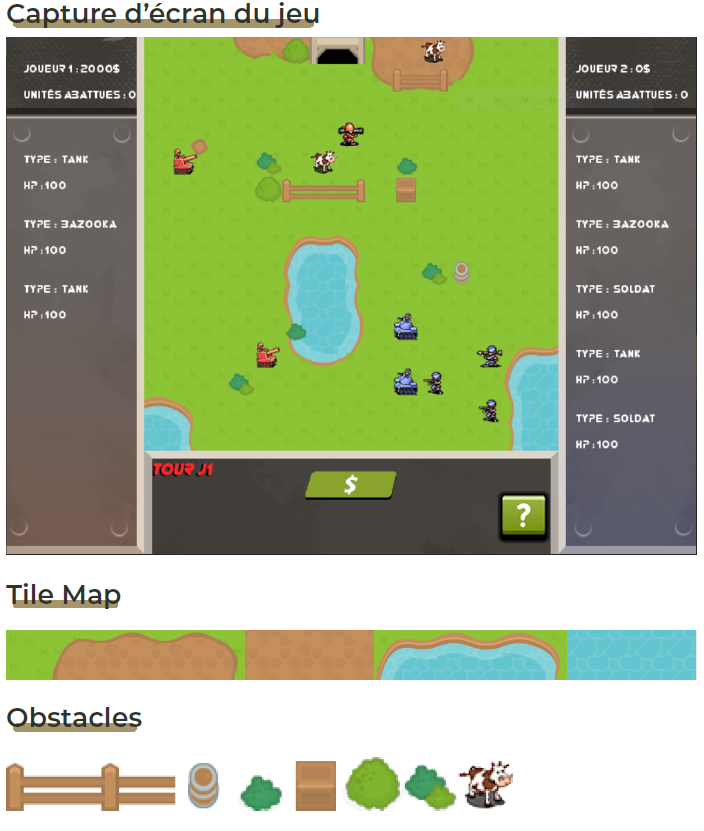